As stated before, we have Piper- sweet, kind-hearted, soft-hearted, playful, imaginative, ingenious. The list could go on.

And now we have Everly Rose…

For some reason I just love saying her full name.

It fits. She is sassy & girly & a princess like her sister.

When we finally found out it was a girl, I had 2 names in mind.

Neither of them were Everly or Rose just so you know.

Husband was determined it needed to be some girly.

So did I. This child felt feisty, large and in charge {she did come into this world weighing over 9 lbs}, and just plain sassy to be honest.

I am a firm believer mommas can feel their baby’s personality in the womb and know them before they get here.

So we needed a name that fit.

None were sufficient or worthy enough for this princess to come.

Until 2 weeks before my scheduled section, and I got on Pinterest for the 4,379th time to look at lists…

And I saw this picture…

I was sold. That was it. That was my child’s name.

Husband was on the other side of the house at the moment, so in true 9 month pregnant, wallering heifer fashion, I texted him from my current position the picture.

He came to where I was and agreed on the first name.

The middle he would have to think about.

We finally had a name.

Baby day came, and we drove to the hospital— all the while me talking to myself and singing The Breakup Song by Francesca B. because of a deathly fear of needles and the anxiety of having to endure ‘the one.’

Everly always liked music and it was like it was soothing to her too knowing she was fixing to enter the world.

We knew she was going to be bigger because my body just wasn’t keeping up with her roly poly self, and she had no more ‘womb’ in the inn to move.

From the beginning she had these lashes. These girly, long, flirty, fabulous lashes that I could only dream of ever having.

And the eyes. The humongous, baby blue eyes that will steal your soul if you’re not careful. 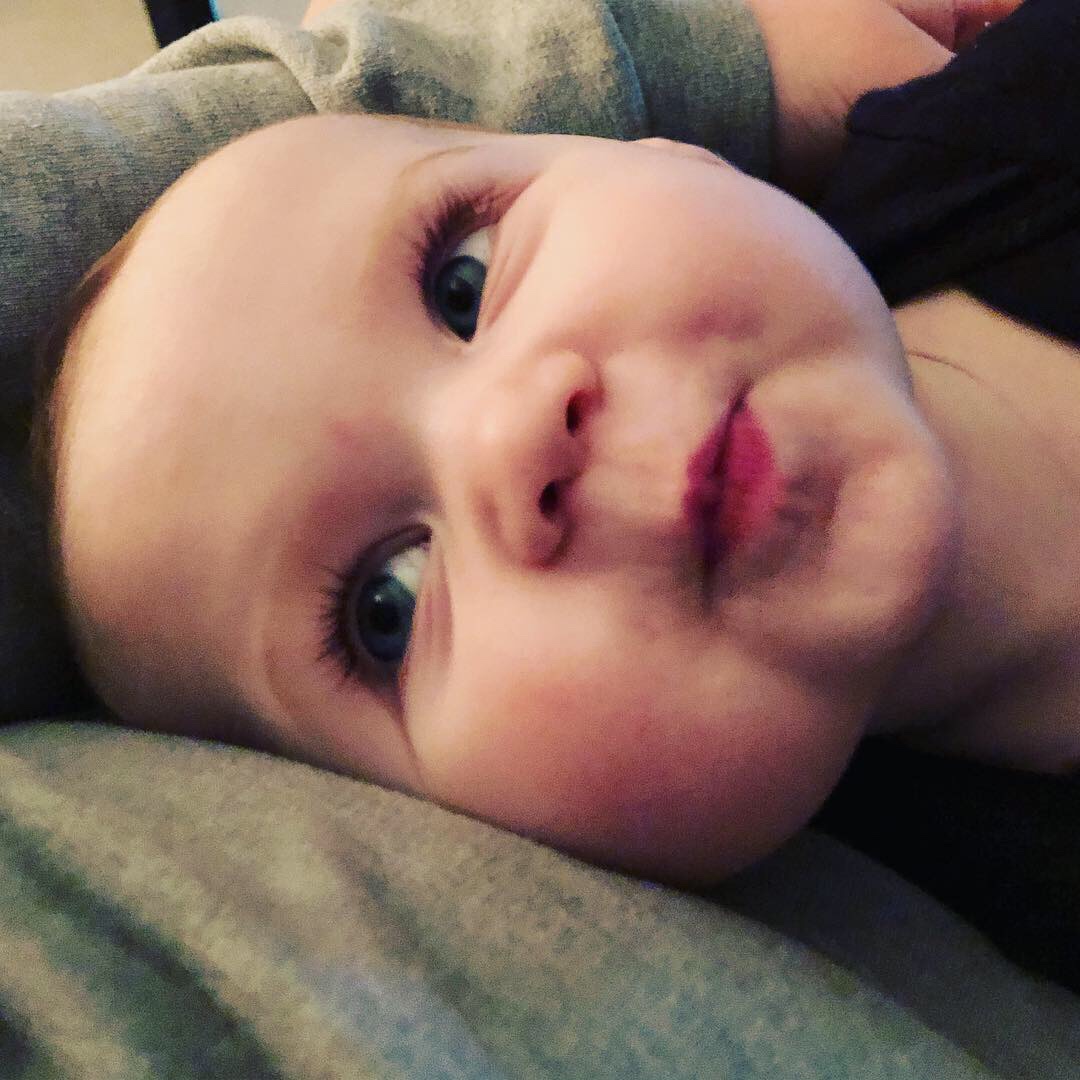 She is my sunshine that giggles and laughs and snatches my croutons off my salad.

She is my little roly poly chunk that can poke that lip out and bat her eyes at her daddy to get all the snuggles in the whole world.

She is the most expressive and head-strong little girl & will go after what she wants– literally…we’ll scooch & twist & roll until we get where/what we want and snatch and of course stick it in our mouth. Yes that’s going to be a problem.

She loves her people & will reach for everyone she wants. She loves her daddy & watching tractor videos with him, she loves her sister & how she talks & plays with her, and she of course loves her momma.

She is also a thumb sucker… When Piper gave up the pacis, that was literally the end of having any. Everly Rose will not take one. She wants her thumb and that is enough for her.